Join Mitch Dunford as he talks with the amazing PIA of Wisconsin team. Tune in to hear Pete Hanson, CISR, Ryan Butzke, CIC, and Brenda Steinbach share issues their membership faces while running an agency post-Covid. During a recent visit to The National Alliance they discussed returning to the office and remote work, mergers & acquisitions, recruiting, and new employee expectations. They also mention some of the amazing events scheduled for 2022.

Get a FREE digital copy of the newest edition of the Wisconsin Professional Agents magazine here.

Ryan is a P&C producer at Northbrook Insurance Associates Inc. with 22 years of experience in the insurance industry.  Ryan is the current President of PIA in Wisconsin and a past President of IMAGE of WI.  He believes attaining the CIC & CISR designations from The National Alliance is key to a producer’s selling success.  Ryan also completed The National Alliance School of Producer Development in 2002 at FSU.  His interests include anything outdoors, WI sports teams, & spending time with family.

Brenda is the Education & Convention Director, she has been with PIAW for 38 years. She is the driving force behind PIA Wisconsin’s hugely successful education programs and annual convention. Arranging dates, locations, topics, speakers, food, CE credits, schedules, audio/visual, and the myriad of other details can only be accomplished by someone who is extremely well organized and focused. She’s an expert at the organization’s internal procedures and is always looking for ways to make the dues and program investments more valuable. 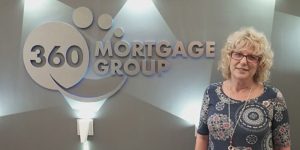 Employee Benefits: Taking the ‘Scary’ Out of Health Insurance Options

Four Questions to Ask Before You Outsource Producer Coaching